Skip to content
BLACK FRIDAY SALE UP TO 80% OFF:

House plants are a lovely stylistic addition to any home. Make the most out of them with beautifully crafted mid century modern plant stands that are sure to bring lush greenery to the forefront. 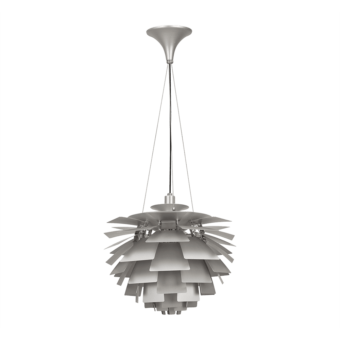 House plants have been an integral part of mid century modern style ever since it first appeared in the early 1950s. The greenery can match the neutral and natural colors so commonly utilized in this interior design movement, and they can also be an incredible stylish addition to a home dominated by the natural appeal and texture of wood – another common trademark of mid century modern style. But, with the attention to detail that profoundly marked MCM style, experts in the period décor always recommend using stylish mid century plant stands to round up the overall appeal. Here we will discuss some of the features of mid century modern plant stands and the ways that they can be used to give your home that elegant vintage vibe.

Mid century modern design style is known for its simple elegance, streamlined forms, organic shapes, clear lines and most importantly, a perfect blend of functionality and aesthetics. However, all these features are much more pronounced in larger pieces of furniture such as lounge chairs, lamps or tables, to name just a few. When it comes to relatively small and unimposing pieces such as mid century modern plant stands, all of these qualities are condensed in a specific way that will ensure aesthetic that will easily fit in and contribute to the overall feel of your MCM style home.

Speaking specifically about mid century modern plant stands, the models in question almost always come with legs similar to that of a coffee table in the same style. Some of them might have broad open surfaces that you can put several house plant pots on, while others will have sections specifically made to accommodate one or several pots. Some mid century plant stands with pots have been designed as all in one solution that will on top of its own stylish expression add a perfectly matching flowerpot. All mid century modern plant stands are without any excess ornamentation, are relatively simple and elegant, with clear precise lines and wood is undoubtedly the single most common material used (although sometimes matched with metal elements, glass or plastic).

Mid century plant stands are produced in a variety of different types of wood – from darker ones such as walnut to light and rustic like ash, beech or oak. Natural versions with just a transparent finish are undoubtedly more popular than the colored models as the greenery of the house plants will perfectly match the natural color of wood in classic mid century modern style.

Mid century modern style was developed in parallel with many other contemporary décor styles, some of which influenced in various ways. And while MCM styles borrows a bit of its simplicity from minimalism and organic appeal paired with functionality from Scandinavian design, it also developed appreciation of industrial design and its materials and manufacturing technologies. So, it comes as no surprise that industrial-style mid century metal plant stands also gained some attention, although they are not quite as popular as the wooden alternatives. The rarest of all mid century metal plant stands are those that match the wooden alternatives in terms of overall appeal. They are completely made out of metal, although their shape and form mimic those of wooden models. Much more commonly, they feature a wireframe design or an Eiffel base that supports the wooden surface.

Because of their simple appearance and relatively small size – that translates to small amount of material used in the production – many of the mid century modern plant stand come with a distinct DIY appeal. And at least some of the most iconic models can be easily created if you are a skilled handyman and have some quality wood at hand. In fact, as the DIY movement resurfaced in the last couple of years, mid century plant stands became one of the most common DIY projects when it comes to décor.

While plant stands are readily available almost everywhere – from your local store, to Ikea and Amazon, your best bet for getting your hands on some of the true classic from the era is to search at the retailers specializing in period furniture. There you will find the most classic and iconic 1950s models with a true vintage appeal and who knows – maybe something else will catch your attention to nicely round up your interior design efforts.