With streamlined form, elegant design and vintage appeal that makes mid century modern style so recognisable, the period sideboards and buffets are still highly sought-after on the modern market. 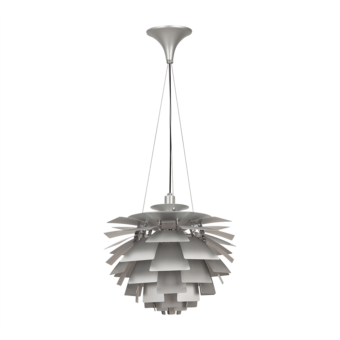 If you are looking for a nice and stylish storage unit that will let you not only clear the mess and keep some rarely used items out of sight, but also provide you with hutches where you can display some of your décor accessories or treasured items, you have two option – combine a credenza with some shelves above it, or take an two in one solution with an elegant mid century modern sideboard. Closely related to cabinets and buffets (with some designers claiming that the only difference between the two is their usage), sideboards are a fairly popular storage solution. When designed and manufactured in classic mid century modern style they will bring a unique aesthetic touch to your home, creating an ambience akin to a scene from Mad Men TV series.

Most commonly, these designs are made out of wood with just a transparent finish to further emphasize the color and texture of the type of wood it is made out of. Some of the mid century sideboards and buffets come in rather light types of wood or those that bring a bit of rustic appeal (like ash, beech or oak), but the darker types such as walnut are still more popular due to their elegant and classy appeal.

Streamlined, highly functional and with elegance stemming from clear and precisely thought out lines, vintage mid century sideboards will easily fit in in many contemporary décor styles, but are at their best when combined with furniture from the same era or that designed in line with the Scandinavian twist on the mid century modern style. On one hand, they will provide cabinet-type storage to keep some items out of sight, while on the other it will come with a number of hutches and open surfaces that are just ideal for display of your cherished items, small houseplants or other décor elements.

The Scandinavian take on mid century modern sideboards and buffets come with a similar, yet authentic aesthetic that helps set them aside. Usually more minimalist than their more southern counterparts, they also more commonly utilize colors (mostly pastels and the lighter shades that are in line with the overall aesthetics of the Scandinavian style). The reason why this type of mid century sideboards and buffets is so commonly associated with Danish design is because of the fact that Danish mid century era designers had quite a reputation for being master carpenters, so they were the ones most involved with creating authentically Danish mid century sideboards.

If you are looking to buy a sideboard or buffet in classic mid century modern style, you will most likely have to test your luck with some of the retailers or manufacturers specializing specifically in mid century era furniture, as only there you will be able to find the style and the quality that marks these truly unique designs.