Inspired By Simplicity Designed to Last

Scandinavian design is a movement that was specifically designed in order to fulfill a couple of major ideas that were crucial in order to ensure the overall quality and aesthetics of its pieces. Minimalism, functionality and simplicity are the major cornerstones that emerged in the early 20th century, and subsequently flourished in the 1950s throughout the five Nordic countries: Norway, Sweden, Finland, Denmark, and Iceland. Even though the strongest point of the Scandinavian Design always was their special niche for household goods as the time progressed it has been greatly extended to the new ways of industrial design in order to keep up with the standard and the technological advancement that could just go further up.

Every great piece of art that was carved in human history has its glorious beginning and it is nothing less than the same for the incredible works of modern Scandinavian Style. In 1914 the Danish company for Decorative arts published their famous Graceful Work magazine. Given the fact that the name itself had an impact on so many it became the name of a new Danish style of arts and crafts,both in objects and in architecture, to rival Art Nouveau and Jugendstil.

The golden age of Scandinavian Design really started to flourish in the 1930s when the best designers of that era started to create one of the most iconic pieces that shaped a century. Works of Alvar Aalto,Arne Jacobsen,Borge Mogensen,Hans J. Wegner, Maija Isola and so on were recognized around the world and became one of the most accepted works all around the world. The Lunning Prize, awarded to outstanding Scandinavian designers between 1951 and 1970, was instrumental in making Scandinavian design a recognized commodity, and in defining its profile. Likewise the style became so popular that it became the subject of many scholarly debates as well as marketing agendas and exhibitions since the 1950s. Due to its vast spread across Scandinavia in general there are a couple of different styles and every single one has its own uniqueness and due to that people choose the one that matches their personality the most. Don’t worry, we will help you choose yours! 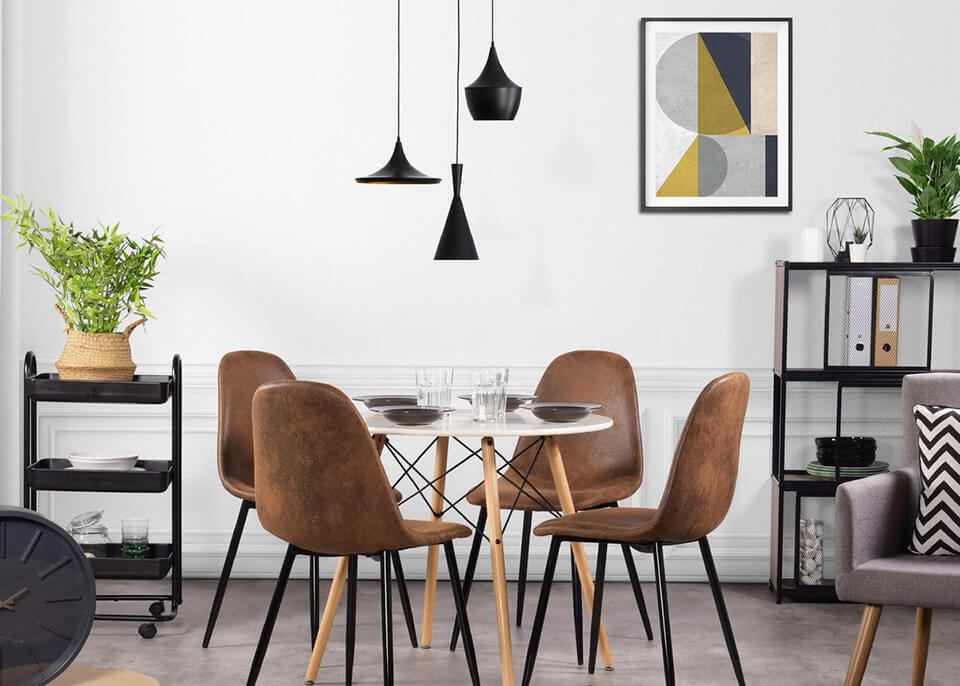 Are You Searching For Functionality?
Danish Design

This specific type of design, inspired by German Bauhaus school is mostly focusing on the overall functionality of its designs while making sure its design looks simplistic but at the same time has that aesthetic note which gives every home that feeling of comfort we are all searching for to obtain. Developed in the mid 20th century using the newest industrial technology combined with ideas of simplicity and functionalism Danish designers wanted to bring their absolute best in order to ensure that their works will be embedded as the timeless works of modern art. Arne Jacobsen’s iconic Egg Chair made in 1958 as well as Poul Henningsen’s 1926 PH-lamps are one of the best examples of those traits. Whether you do not like to complicate things or would just love to find something that has its functionality match its aesthetics the Danish design might be your perfect choice.

Being the type of Design that most of all spans clothing and engineering design this kind of style is commonly used in any modern home when it comes to modern tableware, glass art and plastic furniture. In 1873 Finland’s Design Museum (formerly called the Museum of Art and Design) was founded, and it is most likely one of the greatest displays of modern Finish furniture art. At the same time Helsinki’s University of Art and Design, established in 1871, now forms part of Aalto University. There are so many talented Finish designers who contributed the expansion of this style the most among all others and their names include: Alvar Aalto and Aino Aalto,Klaus Haapaniemi,Simo Heikkilä,Maija Louekari and many others. 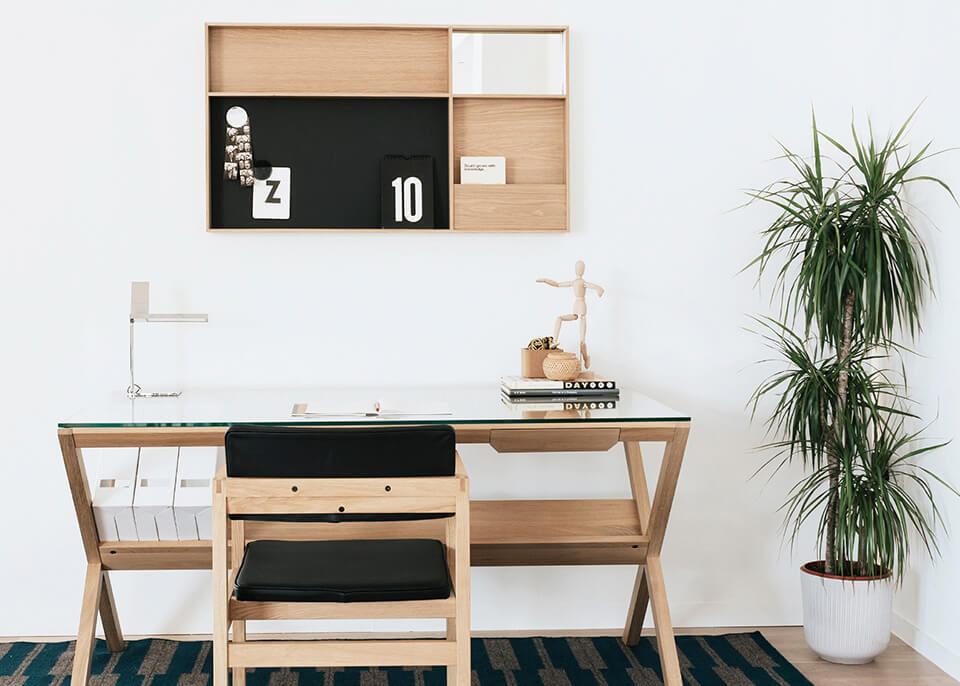 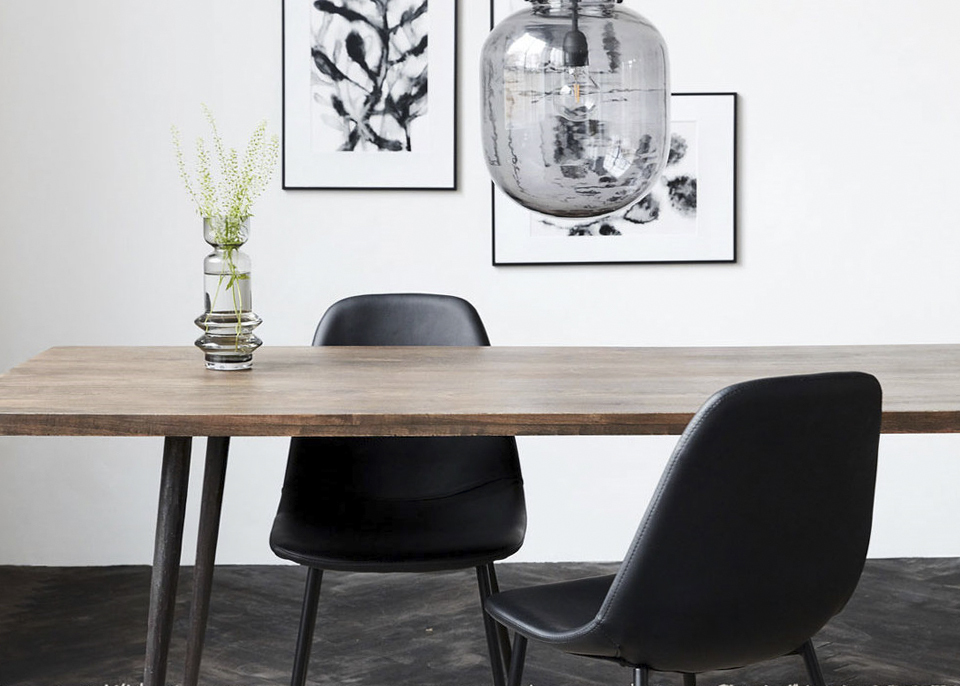 Swedish design has always been considered to be minimalistic in its design with a more aligned focus on functionality and overall clear simplicity of its furniture.Due to that kind of choice and approach Sweden’s most skilled craftsmen have managed to make modern pieces of art that are used across the globe due to its expectations always matching the reputation. Sweedish design was originally pioneered by Anders Beckhman,Bruno Mathsson and Märta Måås-Fjetterström. There are also a couple of major organizations that promote design such asthe Swedish society of crafts and design, founded in 1845, the Swedish Industrial Design Foundation, known as SVID, the Swedish Arts Council and the Swedish Centre for Architecture and Design (known as ArkDes) on the island of Skeppsholmen in Stockholm, beside the modern art museum.

Relatively young and starting in the 1950s Iceland was a bit behind everyone else at the beginning and had to go full speed in order to catch up to the rest of the Nordic countries. However it was nowhere near their fault as their limited options for manufacturing and their constrained choice of materials have both influenced the creative side among the designers and forced themto be innovative, though wool remains a staple material, whether felted or knitted. That exact fact made their whole design stand out due to their extreme dedication. Likewise Iceland’s Museum of Design and Applied Art was aiming to record Icelandic design from 1900 onwards, opened in 1998. Their designs always showed the overall dedication and character of the whole nation which certainly made the difference in making them one of the most famous furniture designs around the world. 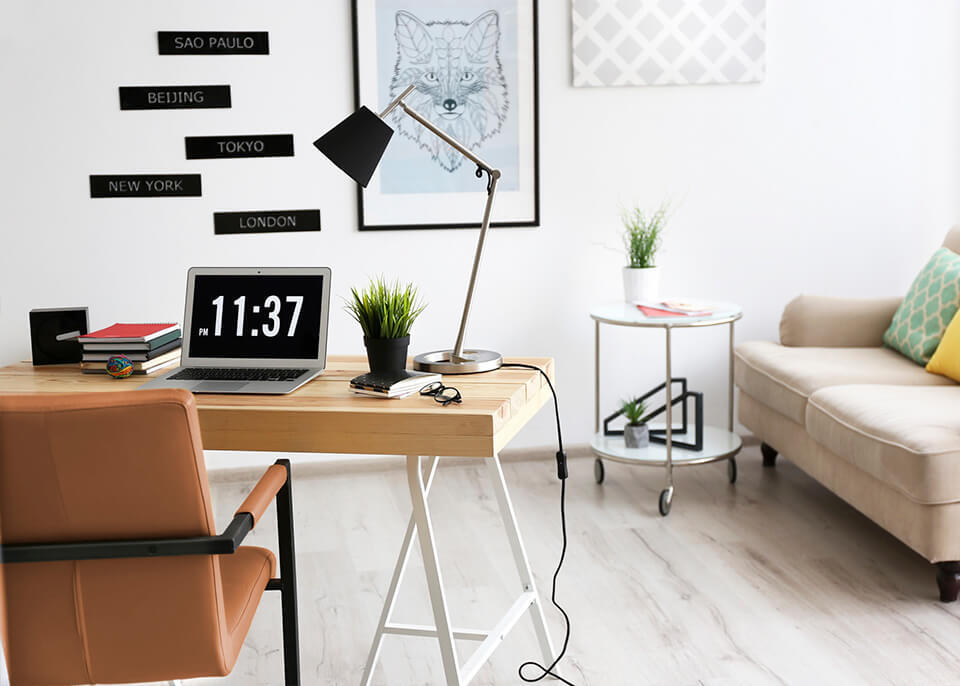 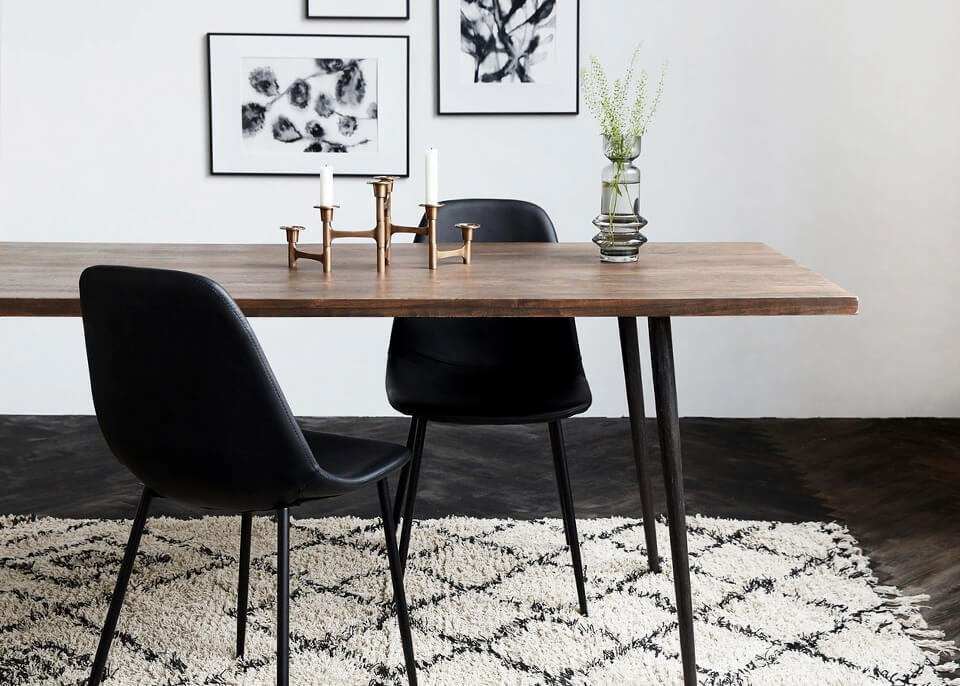 Natural Beauty and A Strong Will Norwegian Design

Norwegian aesthetics always had that strong and minimalistic aesthetic with a great sense of beauty that fulfills and gives warmth to almost any interior. Currently a lot of Norwegian designers are working following the latest design trends which gives them an edge, however it is arguably tough to define their design due to a lot of different styles they implement, still it can be said that there are a lot of nature-inspired forms and their elements that are embedded in the overall design.

What Makes it Special

Scandinavian style is most arguably one of the most effective world designs when it comes to modern furniture. Their discipline and an overall simple yet very effective form brings the best in every single piece while making sure the overall look gives comfort and security. Due to their predefined standards most of the pieces are adaptive to almost any interior which is essential when it comes to the overall choices you will make before you decide to make a purchase. What you can always expect from Scandinavian design is security effectiveness and a sense of comfort which are initially one of the most important factors for any piece of furniture.
It is almost impossible to go wrong with this type of design and we are more than excited that you are one step away from choosing your perfect match! 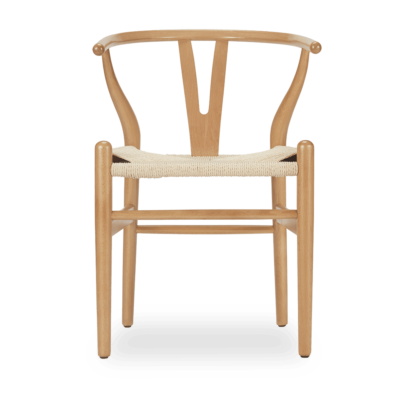 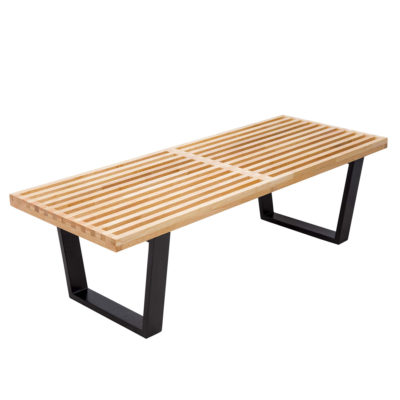 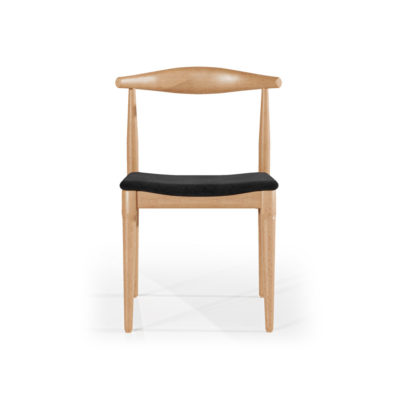 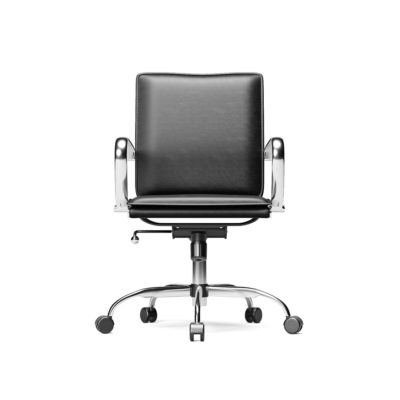 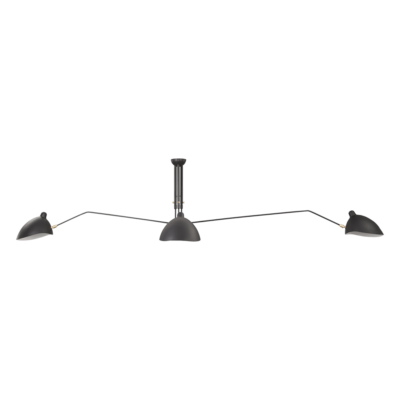 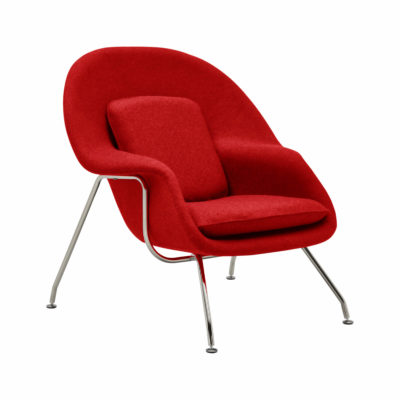 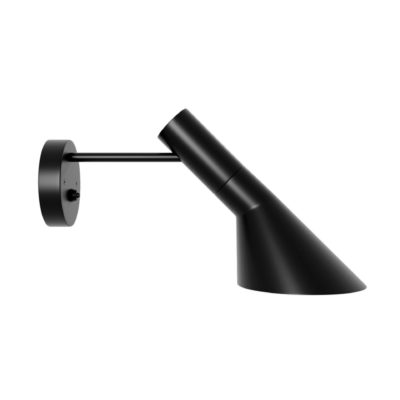 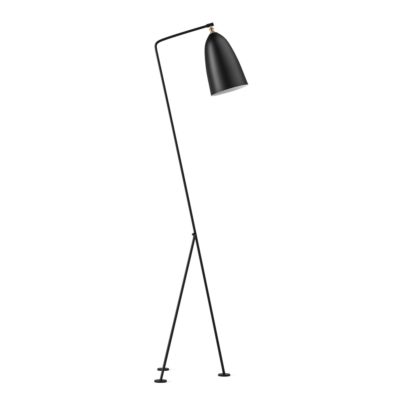