Mid Century Modern Art and Artists: From artwork to design

Mid century era was a very turbulent period marked by deep and profound changes in society and culture. Born out of turbulence of post-war period and newly found optimism and flair for innovation, this unique era left a lasting mark on our history, developing in what we usually define as the West, but far-reaching and global consequences. And as always, these social changes strongly influenced arts in all of its domains and in the end, art became the means through which these changes are communicated, shared and manifested.

With this in mind, we can easily say that mid century modern artists were truly people of their time. Their work was profoundly influenced by the broader social and cultural context in which they lived and worked and their creations, regardless of their exact type are still the means, the remaining artefacts through which we can gain an insight into the specifics of the era.

From art to design: Mid century art and mass production

Early 20th century modernist art was still rooted in the movements that preceded it. Developing the legacy of artistic movements such as Impressionism, Symbolism and Art Nouveau, the creators of the early twentieth century contributed to the establishment of new styles such as Fauvism in France, Die Brucke in Germany or Cubism with its global reach. All of these movements featured a kind of rejection of norms of the previous eras, distancing themselves from the ideas of objectivity and positivism, focusing instead on abstraction, personal experience of reality, extreme subjectivity and non-conformity. These movements were deeply rooted in the idea of breaking the norms and questioning what is art, what defines it, where does it start and where is its final reach – if any.

Fusion of art and design

But, by the middle of 20th century, the societies we conventionally define as western underwent a major and deep change with profound consequences – they became fully industrialised. And with industrialisation came urbanisation, but even more importantly, mass production of goods and development of what we know today as brands. With these changes graphic, artistic or we may say symbolic representations became fused with mass production, they became replicated, copies without original whose signifying strength comes from their replication.

This change proved to be more impactful than any breaking of the artistic norms that came before it and it had a very specific and unique consequence – blurring of the line between art and the aesthetics of the everyday. This allowed mid century modern art to exist somewhere in between the two, and on the other hand, made the task of differentiating between art and design that more challenging. Was art supposed to be observed and enjoyed or used? Can everyday objects become art? These are just some of the questions put forward by the innovations of the era. 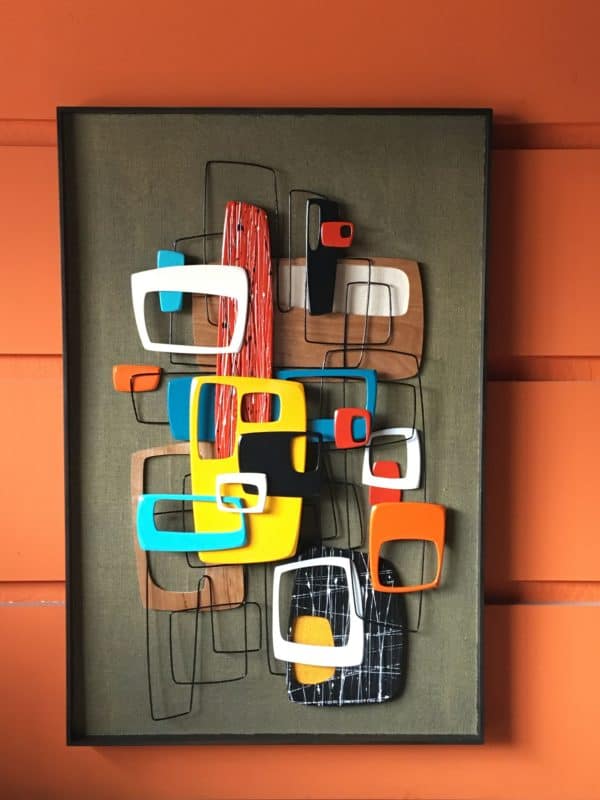 Mid century artwork: Creation in the era of designers

With these changes that influenced the attitude towards art, but in some aspects, towards materiality of our everyday life as such, a radical new idea started forming – things shouldn’t be defined just by their practical functions, by their use, and even more importantly – they cannot be, even if we try to reduce them to their pragmatic value. Far from it, mid century era was marked by the final steps towards the society in which the mere act of existence became a symbolic act, the materiality became the guarantee of aesthetical expression and a part of the symbolic world of the present day.

This unique and revolutionary position allowed artists to become designers and designers to become artists, essentially erasing the boundary between the two. It was era where can of soup could become an artwork with global influence, where everyday objects became works of art that just need to be perceived, but also used. And in that way, even the boundary between artwork and its audience became blurred. This cultural context is at the very root of mid century modern design and artwork, it is what allowed it to focus on everyday objects with care and attention that marked the works of art in the previous eras.

At the same time, it was this context that allowed audiences to recognise the new designs as stylish, elegant, fitting. It allowed the audiences to require not just furniture that will be pragmatic and functional, but also that which embodies certain qualities, certain values – in other words that transcends its materiality in a specific way, because this transcendence became fused with our very understanding of the world. 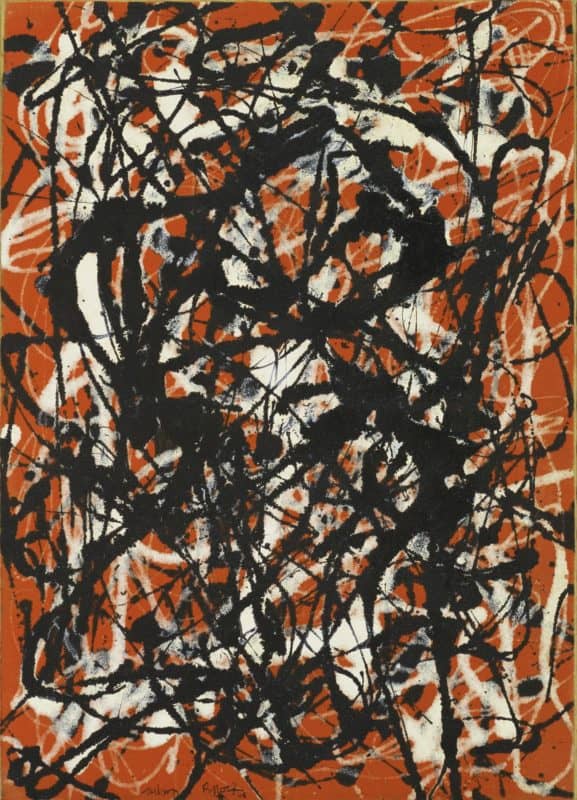 Before dwelling into the world of mid century modern furniture design, we could first take a look at the more conventional aesthetical expressions such as visual artworks, namely paintings. Finding a common denominator here can be quite a challenging task. On one hand, we have artists such as famous Andy Warhol with his pop-culture influenced art and on the other the completely abstract splashes of colour put forward by Jackson Pollock. In some ways, the two define the far extremes of the spectrum of mid century modern artwork and mid century modern paintings. On one hand we have clearly recognisable images which have already circled the world and which were familiar to us even before they were put on the canvas, while on the other we have completely abstract artworks whose interpretation goes to the extremes of subjectivity.

But, even here, the influence of fusion of design and art can be noted. Unlike paintings from the previous eras, the originals of mid century modern art never put a strong distinction between original and an reproduction. And even more than that, they were (and still are) mass produced through mid century art prints which became cherished wall decorations. And speaking of wall décor, it is not that uncommon to see some of the mid century paintings directly reproduced on the walls which constituted yet another important change – not only could art now be reproduced and mass produced, but it could also be easily modified, reimagined and incorporated in different mediums, different places, different stylistic expressions.

But aside from mid century modern art prints, wall décor from the era also involved sculptures and highly stylised elements such as clocks, mirrors, clothes hangers or shelves. Abstract sculpture as such became a very important part of the décor efforts and many designs were created with the intention of them finding their place on the walls of the stylish homes. Many of the functional elements were reimagined in a new expressive ways – just think of starburst motif mirrors or elegant and sculptural lamps and chandeliers.

With reproduction and pop-culture always being parts of mid century modern art, you can easily find different small-scale sculptures, paintings and photographs in various stores specialising in mid century décor and wall art. Even more, you can easily recreate some of these famous works yourself – you can simply purchase high-resolution images online and have them printed at your local printing company. Or why not finding some of the wall décor patterns inspired by famous mid century paintings? So, while the originals are mostly limited to the museums and private collections, reproductions which gave the these artworks their true life among the audience are still readily available.

With their innovative and revolutionary approach to art, mid century modern artists not only shaped the expressive practices of 20th century, but also the audiences themselves. They contributed to the emergence of a new social and cultural context in which the aesthetics of the everyday could be redefined and reshaped. They set the stage for a new symbolic order in which every materiality can transcend itself and become something more, an expressive reflection of the thing itself, a projection of its cultural perception into the social world. It was exactly because of these changes that furniture designs of the mid century era could leave the limitations of pure functionality and status signifiers, becoming involved in a complex symbolic world of styles and movements which communicate no longer just a defined taste of the era, but an individual involvement with the ideas of style, elegance and aesthetics. 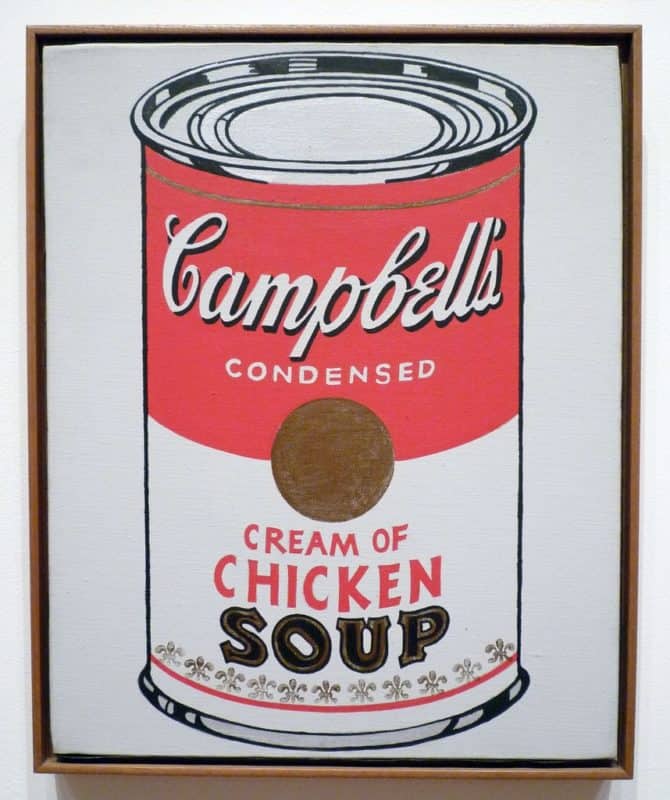 Developed on this basis, mid century furniture design became inseparably tied to the work of mid century artists. Many of these designs were very sculptural and rich in character, while others were strongly leaning towards minimalism, while still retaining all the stylistic implications of the era. And just like mid century artists pushed the boundaries further, bringing art closer to the everyday, so did the designer, but in their case they did the opposite – moving the everyday closer to art.