Mid century modern design is arguably the single most influential movement in arts, architecture and interior design that developed throughout the latter half of the 20th century. Famous throughout the world for its simple elegance, sleek line and timeless appeal that has stood the test of time, the demand for furniture designed in this style is still unwavering. While it has left its mark on numerous spheres of artistic endeavour, mid century modern style is still most commonly associated with stylish, comfortable and highly functional furniture that continues to captivate the audiences with its vintage appeal and style that looks as fresh today as it did decades ago.

What is mid century design?

Mid century modern design is marked by a simplicity which is not only at the root of its elegance, but is also one of the most important characteristics that help it to distinguish and separate itself from the design movements of the previous eras that relied on massive and heavily ornamented furniture. However, while this somewhat minimalist approach was perfected during the mid century era, it was first presented to the public in its early incarnations at the beginning of the 20th century, through movements such as Bauhaus, International Style and early modernist.

As such, mid century modern design shapes its minimalism through a kind of break away from the traditions, it is undoubtedly rooted in broader 20th century artistic movements. It focuses on the aesthetics of the everyday and finds its strength in the form-follows-function approach to design.

Shapes, forms, lines, angles and curves are among the primary means of expression for the mid century design so the creators of the era always approached them with great care and precision. Streamlined forms rule supreme and every line has its specific purpose, stylistic, functional or both. Curvatures are always organic, although a significant number of design opts for sleek, precise straight lines that get their organic touch from approaches such as tapering or clever joinery.

Despite the streamlined appeal that is at the core of mid century style expression, many of the designs from the era are exceptionally sculptural, with expressive, organic curves and lines that come together in highly aesthetically pleasing forms, with style and elegance characteristic for this era. 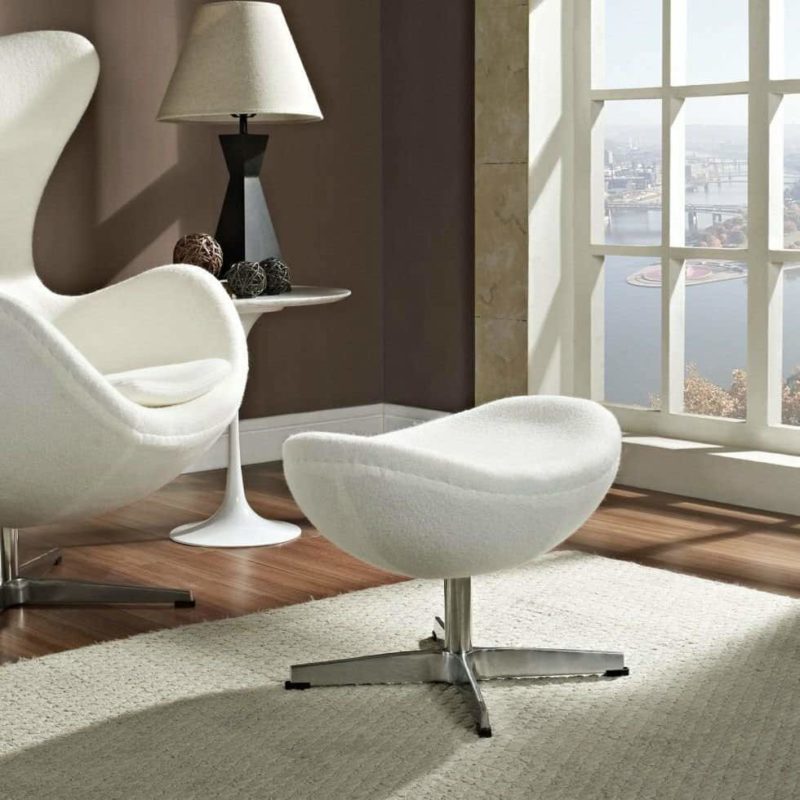 In the field of materials, mid century design was very versatile and experimental. This was the era when furniture designers paid great attention to the breakthroughs in the fields of engineering and materials science, always looking for something that can help them make beautiful and functional designs that are easy to reproduce and that can remain affordable. Because of this focus on functionality and pragmatic value, materials we might today think of as ‘cheap’ (such as plastic) were readily used by the most prestigious artists of the mid century era. However, despite the prominent place of plastic, stainless steel, aluminium and leather, wood with its natural appeal still is the bread and butter of mid century modern design. 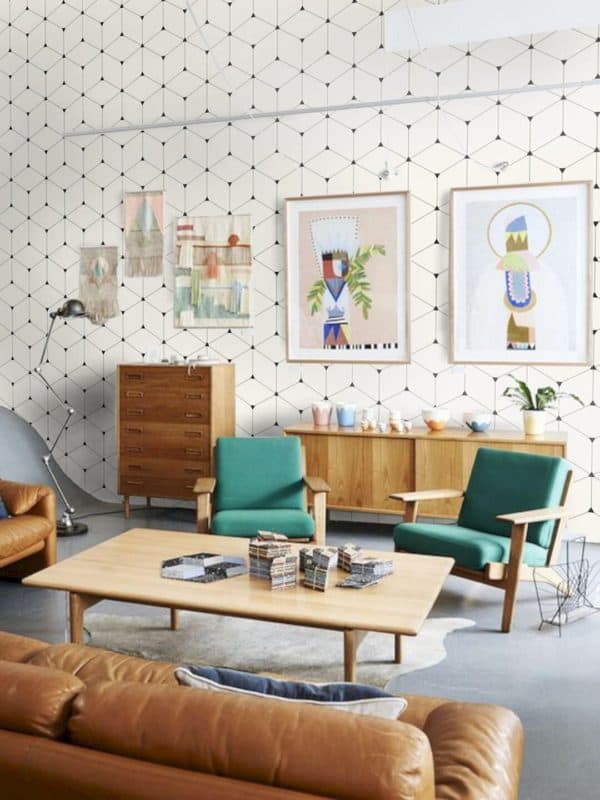 Interior design that is truly mid century modern relies not just on stylish era furniture, but also on numerous other décor elements and in those most exemplary cases, architectural elements too. But, what makes a stylish home interior mid century modern?

When we talk about architectural elements, mid century modern houses commonly feature large rooms with open floor plans and big windows or sometimes even glass walls which help smooth down the transition between exterior and interior. The furniture carefully placed so that it breaks up the open spaces in several functional units without disrupting the sensation of the wholeness of the large room. Combination of glass with exposed brick, natural rock and conventional walls is very common. From the outside, mid century modern houses look somewhat futuristic and come very close to the architectural postulates of International Style with just a touch of Bauhaus-style artistic appeal.

The colours used in mid century interiors can also be very varied. This design movements has a great appreciation for pastels, neutrals and earthy natural tones, but is no stranger to more vivid and saturated options. On the contrary, bright splashes of colours are commonly used for accents and as complementary additions to otherwise subtle colour palette. However, different textures are also important here. Materials are most commonly the primary source of texture, so don’t be afraid to mix and match fabric upholstery with stainless steel or rock with wood. As long as you do it subtly, it can be a lovely addition to your stylish home. Mid century modern patterns can also do some designer magic here – regardless of whether we are talking about patterned fabrics, wall art or wall prints.

Some of the more popular accessories in mid century modern home interiors include retro technology from the era, but also house plants which create a lovely contrast between wood that is very prominent in this style and the lush greenery. But, most importantly, this style relies on balance and subtlety, so accessories are always there just to support the overall aesthetic, not profoundly change it.

Whenever we are talking about mid century modern design, we have to mention the important influence of Scandinavian style too. The unique décor traditions of the Nordic countries were developing for years before the onset of the mid century design, but it was during this era that the two perfectly met with minimalist appeal, functionality and simple elegance. While Scandinavian design was always the more minimalist of the two, the unique contribution of Danish modern interiors which absolutely relied on wood as primary material profoundly inspired some of the biggest name of mid century modern design, while at the same time this design tradition left a mark on Scandinavian interiors which can be noticed to this day.